I purchased eight vintage Michigan License Plates from a garage sale a while back.
After some time of thinking about it I decided to make them into Planter Boxes. 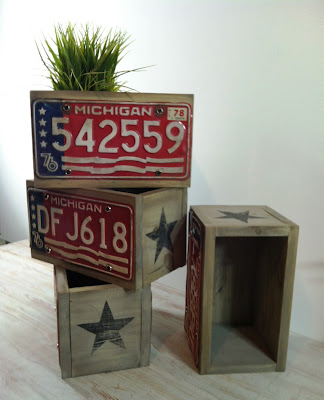 In order to make them required help from my husband. We kept them the width of the boards. We also worked with the length so we were able to get four boxes from two 8" X 8' boards. 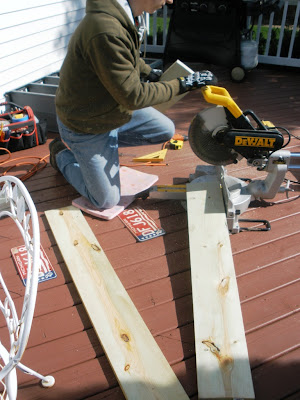 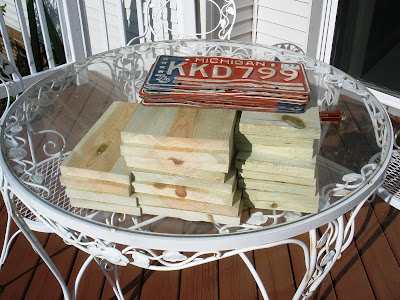 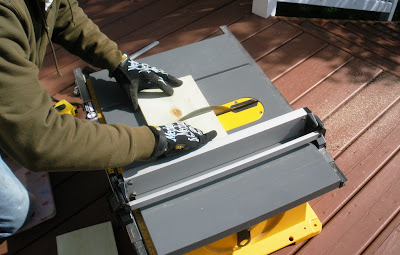 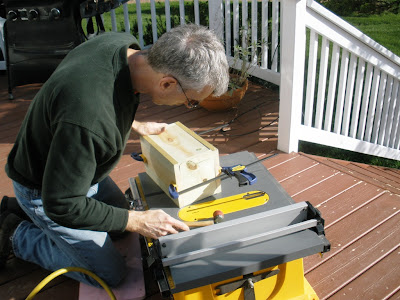 The boxes were stapled together 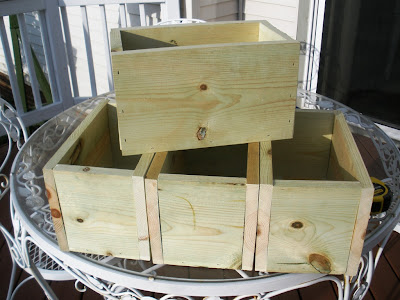 The next step was to stain the boxes.
I used Sunbleached by Rust-Oleum and Dark Walnut by Minwax.
I covered the boxes with the lighter Sunbleached stain all over the boxes. I then dry brushed the Dark Walnut sparingly, to add texture. 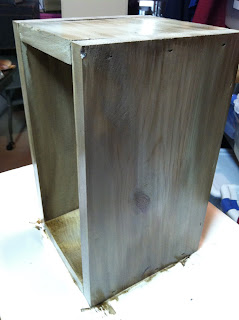 The license plates were then attached with black screws and silver rings. There are four in each plate in the original spots provided for the bolts. 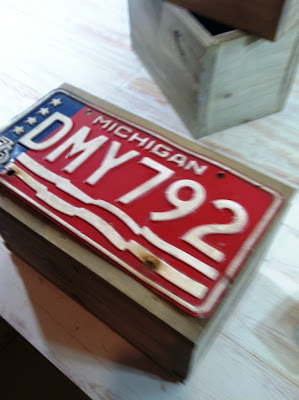 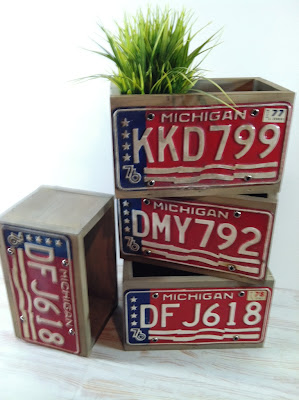 I added a stenciled star to each end.
I used this cast iron star to make a pattern for the stencil. 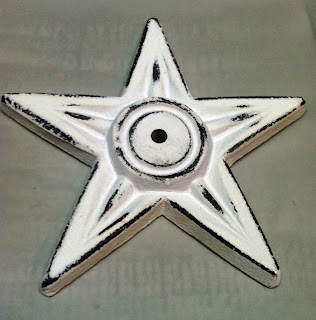 The tips of the star were a little too rounded, so I added points to the tips by extending the lines.
I 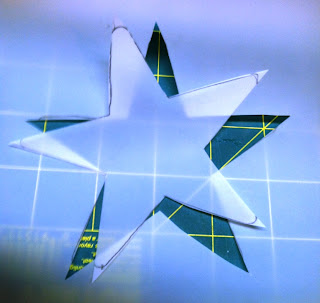 I used black paint to stencil each star. 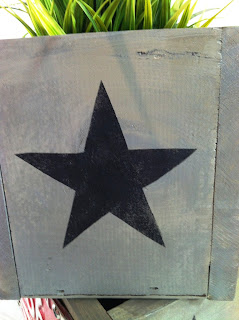 It turned out a little too stark so I sanded it to tone it down. 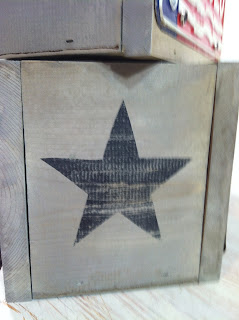 Here are the two together. 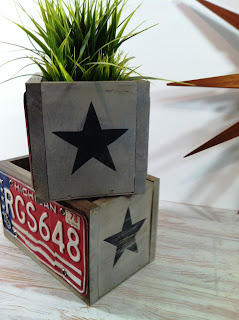 I made the boxes to be used outdoors as planters. They could be used indoors to hold a variety of things.
The red, white and blue plates make them appropriate for the 4th of July, Memorial Day or Labor Day celebrations.
Posted by Diana at 4:50 PM

Hello, I would love to feature a picture of yours on our site, we will give you attribution which would include a link to your site, and I was wondering if you could please send me your email address so I could give you more information.